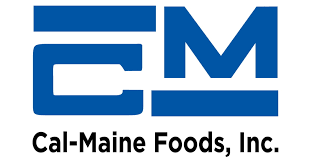 We look to increase our position of CALM if the stock drops below $35 and subtract if the stock rebounds to $43. We like Cal-Maines Food’s domination in the shell egg production sector because there is a moderate barrier to entry that is increasing. However, we are still concerned with new state regulations requiring major investments in new property, plant, and equipment. Also, COVID-19 continues to threaten supply chain disruptions in the sector. Based on this we have a neutral view for the semester based on how the stock price moves.

For the first quarter of fiscal 2021, Cal-Main Foods had $292.8 million dollars in sales and had a net loss of $19.4 million dollars. In the previous quarter, they had $453.33 million dollars in sales and a net income of $60.46 million dollars. The large disparity in revenue is largely due to an increase in COVID-19 purchases and seasonal demand in fiscal 2020. Over the first quarter, market prices for eggs remained volatile and decreased overall compared to the previous quarter. The supply of eggs has declined dramatically, and Cal-Maine Foods believes that demand will improve as food service sales return to pre-quarantine levels.

A growing number of states are passing laws regarding the amount of space given to chickens.

During 2020, Cal-Maine Foods continued its efforts to position itself as a leader in cage-free eggs. An increasing number of states including Michigan, California, Washington, Oregon, Massachusetts, and Rhode Island have all passed new laws requiring that eggs come from chickens that are cage-free or have a minimum space requirement. These laws will come into effect sometime between January 2022 and January 2026. In response to new cage-free demand and new regulations, Cal-Maine Foods has invested $371.7 million dollars in facilities, equipment, and other related operations to increase cage-free production. For the first quarter of fiscal 2021 they purchased $25.3 million dollars in property, plant, and equipment compared to only $23.7 million dollars last year.

Farm production costs decreased for the first quarter of fiscal 2021.

During the first quarter of fiscal 2021, farm production costs per dozen eggs produced went down by 4.3%. This can largely be attributed to lower feed costs during the quarter. In fiscal 2020, feed costs represented 55.4% of the production costs for Cal-Maine Foods. According to the USDA, current supplies of corn and soybeans are favorable. Because of this, Cal-Maine Foods believes they will have sufficient supply of both grains for the next fiscal year. Despite USDA reports, COVID-19 still causes supply chain uncertainty and price volatility.

View full report as a PDF

We look to add to our position in MOS if the price drops below $17 and sell a portion of our position in DOOR at the current stock price. We like The Mosaic Company’s dominance in the mineral and phosphate mining industry in the United States due to the high barriers to entry. However, demand for MOS crop nutrients remains highly cyclical, which could cause a problem if demand for crops ever drops. We like Masonite International’s strong position in the construction and remolding sector, but future changes in mortgage rates, mortgage interest deduction, and related tax changes pose a huge threat to the profitability of the company.

The Mosaic Company expands revenue and gross margin but reports a net loss.

During the third quarter of 2020, The Mosaic Company grew revenues from the past quarter and reported $2.381 billion dollars in sales. The gross margin increased by 27% from the previous year to $355 million dollars. The total sales volume was also 3% higher than the same period last year. This growth of revenue was negatively impacted by several notable items, costing $93 million dollars after tax. $68 million dollars in noncash charges arose from an annual review of estimated future phosphate asset retirement and an environmental remediation reserve.

Phosphates, potash, and performance products sales all fell during the third quarter of 2020.

During the third quarter for The Mosaic Company, several key products saw a decrease in sales volume. Phosphate sales were down 6% year over year due to inventory limitations. During the quarter, severe weather and turnarounds limited production and limited the company’s ability to rebuild inventory. Because of low inventory, a portion of phosphate sales that were committed at the end of the third quarter will be delivered in the fourth quarter. Potash sales were down 2% year over year due to seasonal sales occurring earlier in the year. Lastly, performance product sales were down slightly from last year.

View full report as a PDF